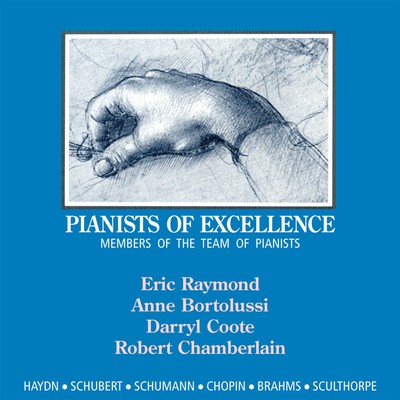 This recording was made over two days at the defunct Waverley Studios of the Australian Broadcasting Corporation in 1988.

For this recording, The Team of Pianists featured Eric Raymond, Anne Bortolussi, Darryl Coote and Robert Chamberlain. The performers wrote program notes for the pieces they played individually, offering a prescient view of their relationship with the compositions through their intimate perspective.

Pianists of Excellence is available as as CD. It can be purchased online through Buywell Music or the Australian Music Centre which both offer secure online ordering.