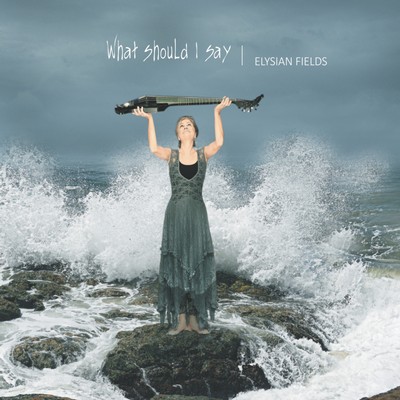 Eriksson is one of Australia’s leading acoustic viola da gamba players – the viola da gamba being a very old 7-string instrument with frets about the same size as a modern-day cello – and the only exponent of the electric version of her instrument. Since its inception in 2015 the band has been an ongoing experiment in creating new repertoire for a combination of instruments and voice that does not exist anywhere else in the world.

“Over the past three years we’ve gone about developing the ensemble in a largely intuitive way”, say Eriksson. “We’ve written and arranged charts and tried them out, learning as we go. Given the ancient roots of the viola da gamba – the viol family traces its origins back way well before that of the violin – it was inevitable that a multilayered dialogue has emerged between past and present. This involves elements of baroque, classical, jazz, world and folk music. The past-present conversation can be heard in the textures we create, the musical languages we explore and even the texts we’ve set to music.”

“What should I Say” takes its name from a remarkable new cycle of songs by pianist and band member, Matt McMahon. In this piece McMahon sets four poems by Thomas Wyatt, a courtier to King Henry VIII. At its world premiere jazz critic John Shand wrote: “Here was a head-spinning dialogue between half a millennium ago and now, and a sound as foreign as dreaming someone else's dreams. It emanated from Jenny Eriksson's electric viola da gamba, the only example in Australia.” Also featured is “Elysium”, an epic work by Matt Keegan and an original chart by bassist, Siebe Pogson.

“Elysian Fields uses elements of baroque, classical, jazz, world and folk to create a multilayered, diverse sound. What Should I Say creates a dialogue between the present and the past, through the contrasting use of renaissance poetry, and an electric version of a baroque stringed instrument. ... a thoroughly enjoyable CD that challenges boundaries. It includes hybrid, experimental forms and rare instruments. This music is a testament to Jenny Eriksson’s growing talent, her musicianship, and her ensemble’s quest for new sound.”

“Masterful musicians at play in the creation of new works and soundscapes that feature and incorporate Jennifer Eriksson’s electric viola da gamba. The endlessly imaginative Matt McMahon has again here morphed into the perfect vessel for the conception and execution of this impressive set, which comprises the first five compositions on the album. The second half of the album contains Matt Keegan’s substantial composition presented in four movements, with text provided by Philip Pogson.What Should I Say is infused with their dedication to their craft and the creative energy from whence Elysian Fields has emerged.”

What should I say: Four poems of Thomas Wyatt Matt McMahon

What should I say is available as as CD. It can be purchased online through Buywell Music or the Australian Music Centre which both offer secure online ordering.