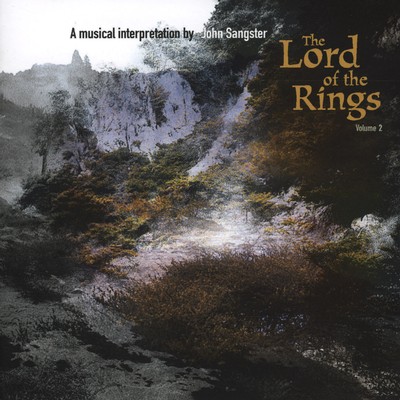 Not to be confused with Howard Shore's music to the award-winning films, this trilogy is wholly Australian and was released on three double-LP sets by EMI over 25 years ago, later deleted and remaining unavailable for many years.

“considered milestones of Australian jazz, these award-winning, long out-of-print recordings are at last being re-issued.”

“[This volume has] a more percussive element to it, which renders the magic of the fantasy even more palpable. The music encompasses many jazz styles, with swing and blues very much to the fore, but some of the more esoteric or experimental moments contain harmonies not entirely dissimilar from the classical music utterances of Debussy, Ives or Antheil. Move's remastering ... is superb, replete with vivid and beautifully-balanced sound.”

The Lord of the Rings, Volume 2 is available as as CD. It can be purchased online through Buywell Music or the Australian Music Centre which both offer secure online ordering.