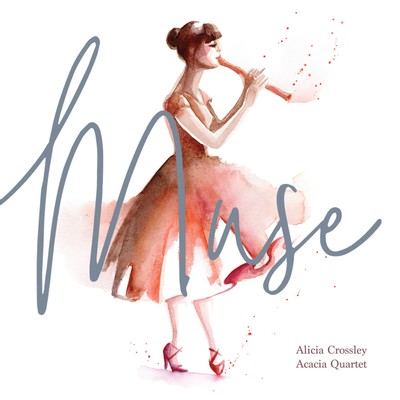 “This fascinating, attractive disc from Australian recorder player Alicia Crossley and the Acacia Quartet brings together works by Australian composers of different generations, from Anne Boyd to Chris Williams. Crossley herself is one of our most hard-working and dedicated musicians: the Australian equivalent of Micaela Petri (the older Danish recorder player). The CD opens with Three Bilitis Moments by Lyle Chan. Chan revisits Debussyan impressionism through a contemporary vantage point that recognises the musical patterns of minimalism. The lyrical second piece (The Rains of Spring and Morning) is particularly beautiful. Anne Boyd's work Yuya takes its influence from Japanese Noh theatre, and has the tenor recorder imitate the shakuhachi (a Japanese bamboo flute) by playing around a Japanese scale, while the strings form a ritualistic chorus. Rising star Chris Williams has Crossley switch to the bass recorder for his piece, Pass to us the cups with which sorrow is forgotten, a meditation on a 12th Century Spanish song. Stephen Yates' Bat Music for alto recorder and quartet is, predictably, more up-tempo and dancelike, as is the first of the two movements of Copenhagen Christmas by Jessica Wells. The final work, Three by Three, is by Sally Whitwell who is also a talented pianist. Loosely inspired by Alice in Wonderland, its sections are all in triple time. The piece is notable for a delightfully mordant waltz at its centre. Each of these composers has a distinctive voice, and all the music is written with a sharp ear for texture. Crossley plays beautifully (and) The Acacia Quartet is terrific too, and sound is warm and well balanced. 5 STARS (CD)” ★★★★★

“Muse, from Acacia Quartet and recorder virtuoso Alicia Crossley, is a tight and varied collection, fizzing with energy and unpredictable bite. Crossley specialises in the lower-voiced recorders, and the Acacia string quartet has found a handy niche working closely with composers – sometimes, but not always, Australian – deciphering the new. It is a great combination.”

Muse is available as as CD. It can be purchased online through Buywell Music or the Australian Music Centre which both offer secure online ordering.