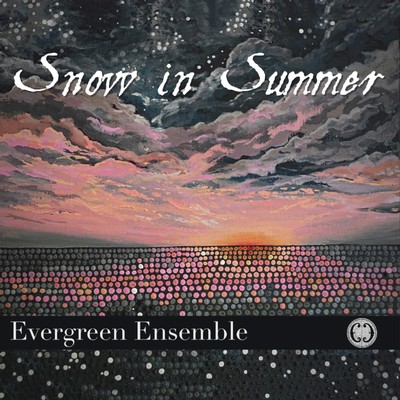 Snow in Summer is based on the music of Northern Scotland and Scandinavia, with ancient vocal and instrumental melodies interspersed with new composi- tions inspired by rugged northern landscapes. Winter is a time of solitude, but also of festivity and story-telling. Snow in Summer gives the space to reflect on the passing of time, the seasons, memories and loves lost, and connections to the land.

Inspired by the beauty of this repertoire which blends baroque and folk music idioms, Evergreen Ensemble has commissioned a series of sonatas entitled ‘Australian Seasons’, one of which will be premiered at their Snow in Summer concert tour. Written by the young, Sydney-based composer Alice Chance, it explores a new genre of Australian baroque music written in the 21st century.

“Another Northern-influenced disc comes from all-female, art-meets-folk group Evergreen Ensemble. Between them, Shane Lestideau, Claire Patti, Jennifer Eriksson and Samantha Cohen hail from Melbourne, Sydney and Geelong and here sing a selection of Scottish music that may not be specifically for Christmas, but carries an unmistakable echo of cold nights and warm fires. There’s even a commission, the attractive Odd Ditty by Australian compsoser Alice Chance. So, not entirely Christmassy, but an appealing disc for folk-lovers.”

“At the end, you’re left wanting more extended tracks from this CD, as well as more information about the music itself. . . these musicians know what they’re after in terms of style and interpretation and, while you don’t come away from this CD enthralled by your experience, you do enjoy exposure to the Evergreens’ gently unassuming enterprise.”

Snow in summer is available as as CD. It can be purchased online through Buywell Music or the Australian Music Centre which both offer secure online ordering.