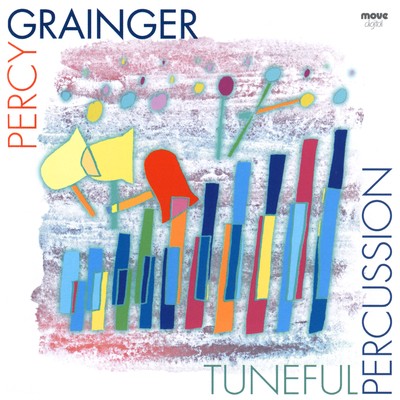 One of International Record Review's "Best Discs of 2000". Nominated for Best Classical CD at the 2001 Aria Awards.
This album was performed on authentic instruments including Grainger's own staff bells and steel marimba. Many previously unrecorded works are included.

Nominated for Best Classical CD at the 2001 Aria Awards!

It took musicians about 60 years to realise the beautiful possibilities of the Saxophone family. How long will it be before the rich quality of the percussion section will be used in full?

So said the ever before-his-time Percy Grainger in 1926. The famous Australian composer's life-long fascination with percussion instruments began in Paris in 1900 when he was inspired by the sonorities and clear tones of the Balinese and Javanese gong orchestras. Later he turned to designing his own unique 'tuneful' percussion, including a set of staff bells and a steel marimba, which he deposited in his Melbourne museum in the mid 1930s.

Rarely used since and never before recorded, these instruments now take centre stage on this new recording of Grainger's complete music for percussion. With the assistance of the Grainger Museum and some recently discovered manuscripts, the Woof! percussion quartet presents a most unusual and authentic listening experience.

“Move Records has released a charming and fascinating disc of the composer's music that I believe comes closer to Percy's spirit than anything on Chandos's first 16 volumes ... not only a delightful CD - and one of the best sounding that I've heard from Move - but also an important one.”

“one of the most engaging CDs I've encountered in years ... fascinating liner notes”

“This impeccable, crystal-clear recording allows every detail to be heard ... a tintinnabulation to delight the ear ... Pure pleasure!”

“What does this well-known composer have to do with percussion music? Quite a bit as it turns out, thanks to the efforts of the Woof! percussion ensemble”

“clearly a labour of love ... this is a fine album filled with uniquely delightful music ... the booklet is a model of clarity.”

“Great music, great playing ... this CD is finely produced. The extraordinary wide palette of sounds - pecussive and others - has been exquisitely captured.”

“an extremely fine Melbourne-produced disc that is as unusual as it is delightful.”

“well-produced disc ... dazzling ... Grainger's very own creations are expertly deployed by Woof! in this varied program of folksong arrangements, transcriptions of ethnic music and original compositions.”

“This CD recording is unique ... diverse ... has an immense variety of instrumentation very finely performed ... a definite must”

“constantly diverting music ... fascinating liner notes ... one of the most engaging CDs I've encountered in years.”

“a valuable resource for teachers in schools, either in the percussion studio or to illustrate an aspect of the classroom music syllabus.”

Tuneful Percussion is available as as CD. It can be purchased online through Buywell Music or the Australian Music Centre which both offer secure online ordering. 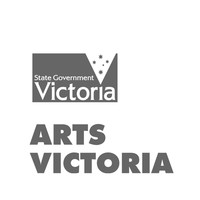