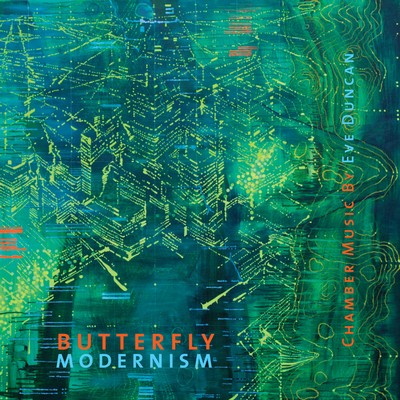 Architectural plans of beach houses near Melbourne have been used to create distinctive sound qualities. Cross-media collaboration with photography addresses environmental issues concerning the dredging of the bays near Melbourne. Since the premiere of Buddha on Mars by the National Symphony of Thailand in 2005, Eve’s ongoing engagement with Asian-Pacific music has now extended to the distinctive Korean kayageum.
Eve’s composition awards include the International Music Prize for Excellence in Composition (Greece), Recital Music Double Bass Composition Competition (England) and the International Modern Music Award for Composition (Vienna). She has served on the Executive Committee of the Asian Composers League and is a past Chairman of the Melbourne Composers League. She completed a Master of Music Composition at the University of Melbourne, Honours in Composition at Latrobe University and is currently a Doctoral candidate at the University of Western Sydney.

“The third collection of chamber works of Eve Duncan, this double CD features works mostly written within the last ten years and demonstrating a new style of composition for the composer.

Extra-musical factors dominate the composition process, with influence drawn from architectural designs, landscapes, photographs, philosophical, political and ecological issues …in the development of this new approach, Duncan’s implementation of process often results in short sparse gestures punctuated by empty space, often without obvious repetition or development. This style contrasts markedly with that of her first two CD collections and, indeed, the couple of earlier pieces on this CD, with their longer connected phrases and quasi-modal constraints. An enduring influence for Duncan has been the music of eastern Asia, and while the influence is less obvious here than in her earlier recorded works, it could be said that the aesthetic of eastern Asian music informs her use of gesture in this newer style. The influence is most obvious in the piece The Titans, written for flute, viola and Korean zither (the gayageum) with its emphatic use of pentatonicism. The sound of the gayageum is intriguing —darker than either the Japanese koto or the Chinese guzheng.

Similarly interesting is the piece Dredge, for percussion quartet, written as a collaboration with photographer Siri Hayes. Performed by Speak Percussion, the two movements contrast each other in their instrumentation, with the pure sounds of bells and gongs against the sounds of fishing sinkers, shells, bottles and steel drums. The piece serves as an environmental comment on the dredging of Port Phillip Bay, but also as an allegory for the uncovering of layers.

Her Four Blackboard Pieces, for piano quintet, performed by Danae Killian with the Silo String Quartet, are musical responses to two blackboard drawings made by Austrian education theorist and philosopher Rudolph Steiner. The four movements create contrasting textures from different sections of the blackboard drawings, responding to the use of colour and visual texture in the drawings...This is certainly an interesting collection of pieces demonstrating Eve Duncan’s current compositional strategies in chamber music.”

Butterfly Modernism is available as as CD. It can be purchased online through Buywell Music or the Australian Music Centre which both offer secure online ordering.