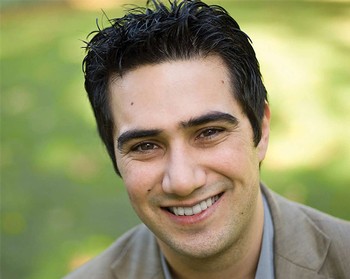 In 2004 Mr. Farid completed his B.Mus (Hon) at the University of Melbourne under the guidance of Ronald Farren-Price, and later attended the Australian National Academy of Music (ANAM) studying with Rita Reichman, the late Geoffrey Tozer and Timothy Young. In 2009, he graduated with distinction as a Scholar supported by the Gordon Calway Stone Memorial Award at the Royal College of Music London, studying with Andrew Ball.

As a chamber musician, Mr. Farid is pianist of the acclaimed Benaud Trio (www.benaudtrio.com), winning the Piano Trio prize at the 2005 Australian Chamber Music Competition, and with whom he undertook a residency at the Banff Centre for the Arts in Canada.

“...an accomplished young musician. Farid’s experience in accompaniment and in chamber music has helped him develop a sensitivity for texture and colour that translates well to his solo playing...”

“Amir Farid is a highly creative musician - a pianist of great intelligence and integrity. He brings strong musical substance to all that he does, imbuing it with his own particular experience and understanding.”

— David Lockett, Chair of the Adjudicators at the 2006 Australian National Piano Award

Amir Farid is featured on the following titles

Javād Maroufi was one of the first composers of piano music in Persia and celebrated for his contribution to Persian classical music. He was born in Tehran to musician parents Musa Maroufi and Ezra Maroufi – both pupils of renowned master, Darvish Khan. Javad’s mother died when he was young, so he was raised by his father and taught violin and tar from a young age.

Hymne à l’amour is an exquisite collection of art songs sung by soprano Siobhan Stagg and accompanied by Amir Farid. The songs illustrate the frailty of the human condition through flirtation, deep love and heartbreaking truths.