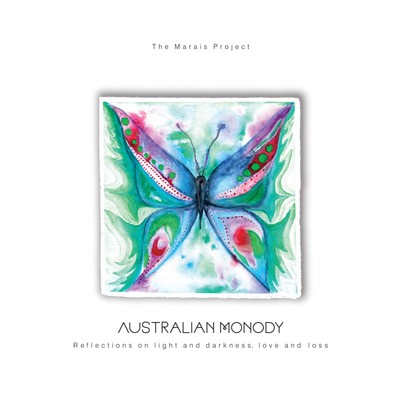 The original inspiration for the album came from renowned Australian composer, Gordon Kerry. He contacted Eriksson to say he had financial support from the late Marena Manzoufas to write a piece for The Marais Project which he titled ‘Christchurch Monody,’ referring to the massacre in Christchurch, New Zealand. The ensemble already had two songs by colonial composer, Isaac Nathan, in their repertoire, including ‘The Aboriginal Mother.’ This remarkable song, a setting of a poem by Eliza Dunlop, explores the infamous 1838 Myall Creek Massacre of up to 30 First Nations’ people from the Wirraayaraay clan. Gradually the idea formed for a whole album of Australian songs, plus a sprinkling from overseas – all sung by Australians.

Susie Bishop is a versatile multi-instrumentalist and vocalist.

Australian Monody is available as as CD. It can be purchased online through Buywell Music or the Australian Music Centre which both offer secure online ordering.