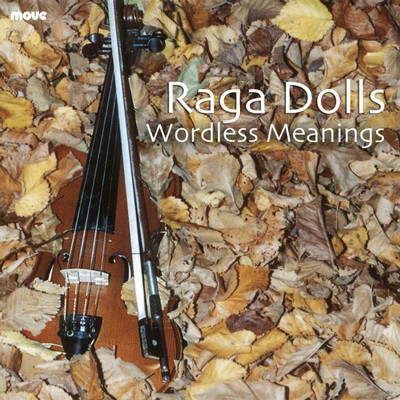 Could it be too late then to imagine a new beginning?

Enter then the Raga Dolls, a Melbourne-based Salon quartet who perform the original compositions and arrangements of composer/violinist, David Osborne. Their music is performed in such a way as to make it accessible to people of all ages and musical persuasions.

Wordless Meanings is the Raga Dolls' debut album and on this special Move CD it contains two bonus tracks not previously available on the original (private) pressing - including a cabaret-style version of Schubert's lied Du Bist die Ruh.

“an eclectic repertoire peculiarly suited to and evocative of long summer evenings; of surreptitious flirtations, clinking champagne flutes and tinkling laughter ... arranged with ingenuity and panache.”

“Entertaining and accessible music that should appeal”

“Very beautifully done ... delightful ... I was charmed by the arrangements and the effortlessly beautiful ensemble and tone quality.”

Wordless Meanings is available as as CD. It can be purchased online through Buywell Music or the Australian Music Centre which both offer secure online ordering.